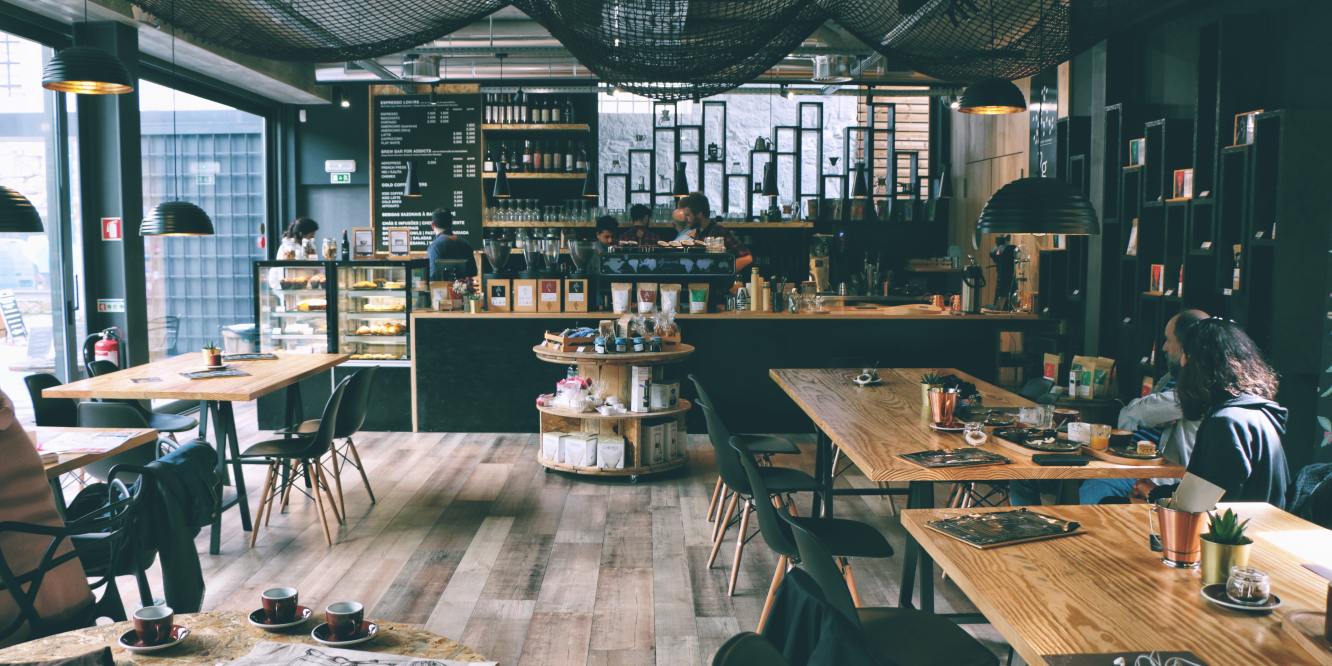 A magnitude 6.0 earthquake left this Napa Valley café with barely a scratch. But more than three years later, the business owner is still dealing with the fallout.

Every Christmas morning, Rick Molinari opens his Napa coffee shop, Molinari Caffe, and waits for customers to trickle in. Sometimes, they’re familiar faces. Other times, they’re tourists visiting Wine Country for the holiday, like Steven Martinelli and his wife.

“He had a big pot of coffee sitting there and some cups, and said, ‘Merry Christmas, coffee is on me,'” recalls Martinelli, who walked in on Christmas Day 2015. “We felt like Norm from ‘Cheers.'”

That’s just how things work at Molinari Caffe. It’s the kind of place where baristas start an order when they see a regular headed toward the shop. “Everyone here knows each other’s names,” says Molinari, who chose the cozy, bright location in the heart of Napa because his parents owned a deli in the area in the 1970s.

So why, despite such a tireless dedication to his customers and business, did Molinari have to close another shop and sell his home and other property just to keep the doors open?

Like everyone else in Napa Valley, Molinari was shaken awake at around 3:20 a.m. on August 24, 2014 by 6.0 magnitude earthquake — the largest in the San Francisco Bay Area in 25 years. The quake caused homes that weren’t retrofitted to slide off their foundations, pipes and electrical lines to snap and fires to erupt in nine locations, making many buildings unsafe to even walk inside.

A quick assessment of his own home revealed little damage, but as a small business owner, Molinari was more concerned with the fate of the coffee shop — his livelihood.

“When I got there, I almost laughed,” he says, recalling his relief. The total damage: one fallen air duct.

His shop escaped the earthquake physically unscathed because the brick building had been retrofitted to comply with a building ordinance passed in 2006. Nearby buildings weren’t so lucky. Many of the offices and buildings that delivered a steady stream of customers to the cafe had not been retrofitted and were “red-tagged” — deemed unsafe to inhabit by official building inspectors. In total, Napa sustained a loss estimated up to $800 million.

I had a thriving business. Then, overnight, it was gone.

Although Molinari was able to reopen the café within hours of the earthquake, he was forced to close again that day when the city shut off gas and electricity in the area and closed streets because of the risk of other buildings collapsing.

But Molinari refused to close the business permanently. Instead, he got creative. Working with a team of engineers with the city’s approval, he had a second, temporary roof built to protect the café. They also constructed series of scaffolding walkways that allowed customers to safely navigate the street to the café.

Within a month electricity was restored and he was back in business again, but it took a year and a half for the city to turn on gas service. Streets and sidewalks around the building were closed for another two and a half years, according to Molinari. Without foot traffic and regulars stopping by from nearby offices and buildings, Molinari says he lost more than 300 customers a day, down from around 1,000.

“I had a thriving business — the whole city, including the mayor, would drop in. Then, overnight, it was all gone.”

To stay open, he restructured business hours and sublet space to bakers who worked when the shop is closed. He developed a wine-infused coffee. Molinari also poured money into the café. “For a year and a half after the earthquake, I was putting money in,” he says. “Now, I’m starting to break even. I’m not making anything, but I’m able to pay bills.”

“Keeping this place open is the hardest thing I’ve ever done — all of the sacrifices, selling two houses and other property and cars, closing another business. But I couldn’t imagine closing.”

This is not a coffee shop. It’s a community.

As every anniversary of the earthquake passes, Molinari still wonders what he would have done differently. “I would probably fight real hard with the city and Napa to make sure the buildings around me are up to code,” he says.

But Molinari says nothing could keep him away from this shop and his customers. His reason?

“This is not a coffee shop. It’s a community. People connect here. Strangers talk. City and local business leaders meet here. Visitors from all over the world stop here. The 2017 Wine Country fires? There was no cell service for two weeks and I was the only place open. People came here to check on neighbors and rest. I had a place for people to go to, and that means everything to me. I opened at 2 a.m. to brew coffee for first responders and we were packed at 3 a.m. for days straight.”

Molinari confesses another reason he refused to give up: “I’m a stubborn Italian.”

His customers see him differently. Martinelli and his wife visited Napa again in March 2017 and made a point to stop by the café. “When we walked in he recognized us, and we hadn’t been there in over a year,” Martinelli recalls. “We’re not even locals and he remembered us. It’s just a feeling you have when you know someone has put their heart and soul into it.”

Are Your Neighbors Prepared For an Earthquake?

HERE’S WHY YOU NEED TO KNOW

“You’re only as good as the weakest link in the chain,” says Grace Kang, a licensed structural engineer at the University of California’s Pacific Earthquake Engineering Research Center. “If no one around you retrofits and you’re the only one, their damage may impact you.”

An evaluation released by F E M A after the Napa earthquake found that of a group of buildings in downtown Napa, only 20 percent of the retrofitted buildings sustained moderate to severe damage; in comparison, 70 percent of buildings not retrofitted were deemed unsafe. In an earthquake-prone region like California, retrofitting can also be cost-effective: A standard retrofit for a home is anywhere from $2,000 to $10,000, according to the California Residential Mitigation Program. Repairing damage after an earthquake can cost hundreds of thousands of dollars.

It’s no secret that owning a business can be an incredibly fulfilling experience. Guiding my clients and helping them take the next steps in opening their business is something that has always been my personal goal. That is why after 10 years in the insurance industry, I opened my own Farmer’s Insurance Agency. I chose this company for their diverse commercial policies and the freedom to work with many industries. My main objective was and still is to serve my clients with the same love and loyalty we use with our own family. When I’m not helping my clients, I can be found playing basketball or softball or serving my community. View all posts by joserperezagency